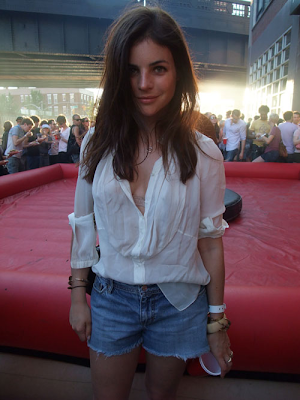 I do like a short yes! But not on me. NEVER on me in fact. I haven't worn such a thing since about 1992 and that's the way it's going to stay. Actually I'm completely lying, I do have a pair but they're kind of long and baggy but tailored, but not quite a culotte. They sound pretty bad just explaining them akshully. They make me look like a squat goth boy scout, but I always drag them out at least once during the summer and then regret it about 20 minutes after leaving the house in them when passers by stare and point and ask where my woggle is. I am prepared to try a cut off denim with a tanned leg a la Julia Restoin-Roitfeld when safely ensconced in some Greek hideaway where only people whose sun tan lotion is dripping in to their eyes will see me and I won't look so bad.
Go for it though I say. I particularly like the one from Whistles. The To'Sho pair seem a bit - wide. Sort of flappy, but I like the slim proportions of the first pair a lot.
Will you wear them with a tight or a bare leg though? I'm not completely convinced on a short with a tight. I like a straggly cut off denim with an opaque and a fierce heel, but I' not mega keen on something more tailored with a covered up leg. There is no real reason why not, it just seems a bit interseasony. Not quite THIS interseasony but, you know? 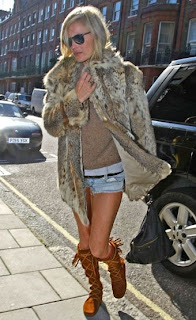 (Image via The Insider)