... would be a generous description of the regard I have for said boutique. The reality is that I despise the place, and I would rather wear rags than anything procurred there. I won't go on, I have bent your ear about it enough times as it is. 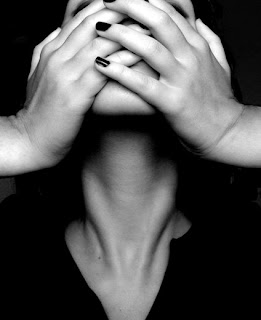 So, in a huge gesture of friendship I will give my opinion on the pieces with not a thought to their provenance.
Here goes (deep breath!)... It possibly isn't the best sign that of the three items the white origami dress was the one I was most drawn to, seeing as you have now declared it off the radar. I quite liked the origami nature of it, like something we would wear in the future. Maybe slightly A Handmaid's Tale (although that is possibly not such a good thing).
If your problem with the white top was that it was flaccid and baggy, then I don't think that the dress would be any different. It looks huge and shapeless and reminds me of a teacher at school who was on the larger side who only seemed to wear floral tents as though that might disguise her girth. She was best known though for writing racy books, although that might have just been gossip, and I have a vague recollection about incontinence issues... But really, I think you would positively drown in it. There is just too much fabric.
So let's come to the top. I will shock you and all who know me by saying I don't loath it. While basically just the dress with a foot chopped off it manages the magnitude far better for being shorter. I like the colour, not wildly adventurous, but I realise a step in the right direction for you, and these things must be tackled slowly. And I know (I know) I shouldn't encourage this sort of behaviour, but I would lay odds that you have had the same naughty thought, I think you could even wear it as a dress.
So while in no way this should be read as me condoning the purchase of items from Next, I would not force you to walk on the other side of the street from me on our way to OPT if you wore it in my company. Is that good enough?
Posted by Lucinda at 15:17