Whoop whoop! Kerrina is getting summery! Mega. I like the bathing suits a LOT. I spotted this one a while ago and fell in love with it, but can't for the life of me recall which site it was from now, damn it. 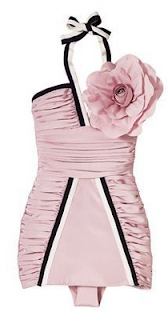 I have been thinking about swimwear for a few weeks now, as I plan our (at the time of going to press, still mythical) summer holiday. I am more than happy to break out a bit of colour in abroadsville and I love a bikini so I tend to go a bit overboard when shopping before I head off. I have been wondering if those high waisted, ruffled jobs might make me look a wee bit more curvaceous as I concentrate on lying by the pool, allowing The Head to feed me iced grapes and fetch me margaritas when I click my fingers, lift a brow or give some other subtle command.

(Image via New Look)
But they don't seem to do that style in my size. Does that mean someone has decided that it wouldn't look so good because I am smaller of bosom? I would like to try for myself thank you very much New Look. Annoying! They won't sell me a ruffley bikini but they are trying to sell me this:

Vom. It. Ous. For the love of God. I want to go and visit anyone who has bought this, make them a cup of sweet tea and ask them why they insist on punishing themselves when there are other, more flattering kaftan's to be had. Heavens! 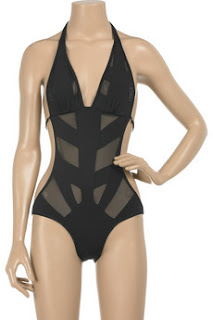 I also like the idea of a cut away swimsuit. But Gawd! Think of the tan lines babes!

Here is another picture of a happy looking lady in summery wear. She appears to be rolling about like an animal with short legs that can't right itself when it has somehow found itself on it's back, but I think she's OK and she's just actually rolling for fun. 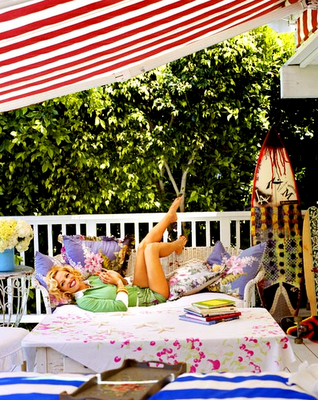