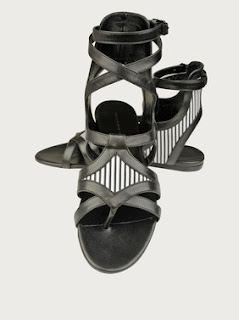 (Image via Matches)
I need a glad in my life. It has to happen, and more or less immediately. I hated them at first, you know, ten years ago or whenever they first became the thing. I was sure they wouldn't be around for long. But they have been around every summer ever since and in the interim I have grown first fond and now obsessive about them. I MUST HAVE A PAIR!!
I rather like this pair by Balenciaga, although even they are in the sale are still more than I would be happy to spend on a sandal. About two and a half times more.
But then I saw these: 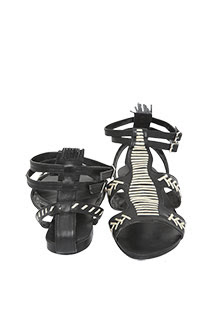 At first I was incensed by such egregious theft of a design, but then I thought that I probably need them in my life. Especially at £15. Foolish not to, wouldn't you say? They aren't anywhere near as cute as the others but I can't buy them anyway, so I should just get over it, right?
But then there are these: 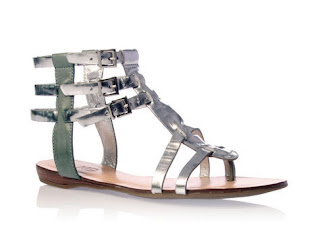 (Image via Kurt Geiger)
Which I have loved since time immemorial. Well, at least since December. And would be just the ticket with the old white jeans. Dilemmas all round, how can I cope?
Oh, by the way, the KG slip ons were an abberation. Ack!
Posted by Lucinda at 15:11