Except that we really don't have to because I think she is utterly delightful already.

She is one of those models who doesn't snort coke off the chests of sweaty indie ne'er-do-wells, or throw mobile phones at her assistants' noggins or any number of other unappealing things that models revel in.

In my old age I think that counts for something. 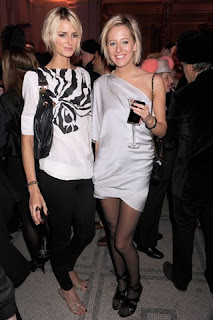 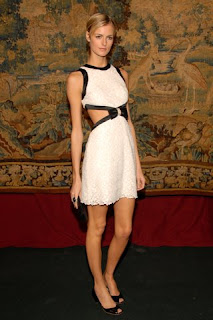 She has also quietly been rocking out some pretty great looks. Generally I think she always looks awesome on the red carpet. 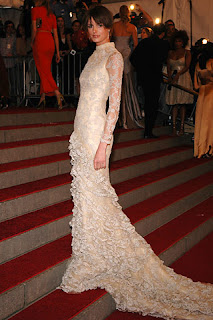 So go Jacquetta, I say! 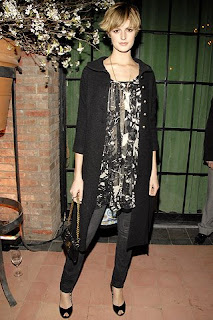 Plus she has enviably slim ankles. And as you have pointed out she rocks a sequin. Should I stop gushing now?
Posted by Lucinda at 11:54