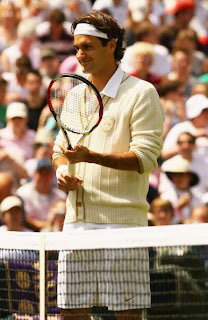 OMG, I am borderline obsessed with Roger Federer's tennis outfits. I want him to win every damn match he plays, but mostly because I adore the way he dresses. Didn't he wear a leather belt with his shorts last Wimbledon? Ouch! That's so mean! I was devastated when he didn't win and that comically muscled, rodentine Spaniard who was constantly picking his underwear out of his backside robbed him of his trophy.

Look at them! It's clear who deserved to win... 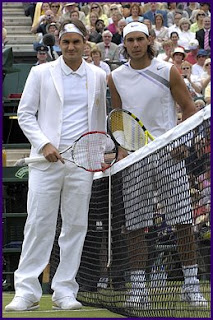 I can't get enough of his monograms and crests and knitted items and blazers. With the exception of his headband, which I could happily catapult off centre court, he looks like he could be knocking around a few balls at Gatsby's. 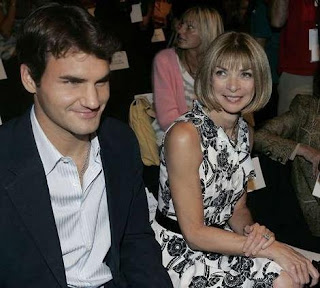 Then of course Nuclear Wintour loves him, and she is always right.

IN OTHER TENNIS NEWS: I also love Serena's outfit, she is rocking those harems, only I do wish she would take her fist out of the pocket. What is she doing in there? It looks as though she has some sort of tumorous growth. Ick. But I do love her, mostly since she wore this outfit: 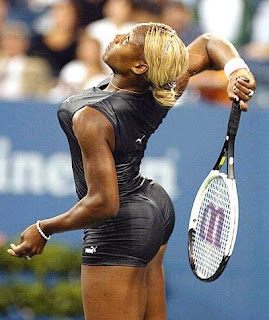