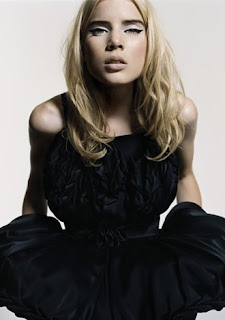 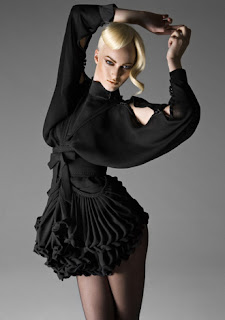 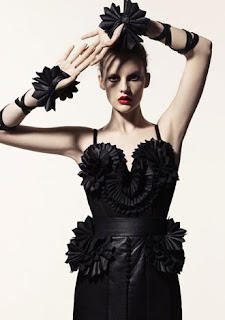 es. Love love love! And she's Swedish which makes me love her even more. (Have we ever discussed my unconditional love for everything Swedish? Or that I am convinced that I AM secretly Swedish. I'm from York for heaven's sake! I MUST have descended from the Vikings. And I have been to the Yorvik Centre THREE times. I mean! Swedish!)
I kind of wish the model in the second photo had opened her eye a little bit more rather than squinting at me a bit. That is my drunkface look when I'm trying to reapply lip gloss in dim lighting after too many strawberry daiquiris, but that's not Helena's fault.
I digress. I covet all of her creations. Although I must say some of them are a bit Goth-pony-club what with the baddass mammary rosettes. But for me, that's not necessarily a bad thing. It is by far preferable to our 'National Treasure' Jordan's offerings after all.
Am I alone in praying that Katie Price does wheedle her way in to the 2012 showjumping team. How amaayzing would that be? And it would keep her occupied and stop the madness that is the Jordan-goes-equine range. 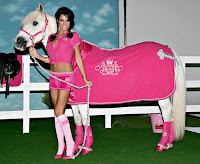