Naked as the Day I was Born 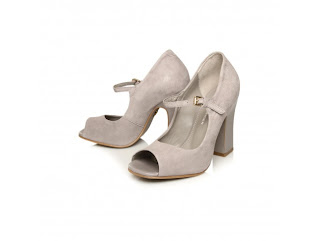 I am wearing the most darling pale yellow dress to my friend Amelia's wedding in South Africa in a couple of months. Pairing it with an off white blazer that I just happened by in Comptoir des Cottonniers. I couldn't help it, it was love at first sight. 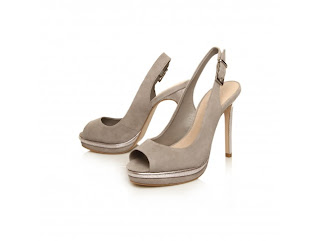 So now I have just one dilemma. What shoes to wear. I am really over the nude shoe. I think they have died a death. Killed, I'm afraid, but the Royal Family's dependence on them. If it's alright for them, it almost certainly isn't alright for me. 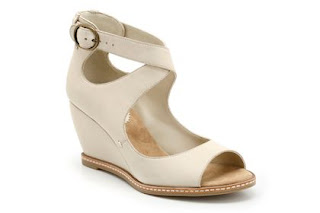 So I thought grey. And it does seem as though it might be a mini trend because they are quite a few options about. I tried on the top two from Kurt Geiger which were lovely. But the slingbacks wanted to hurl me out of them, just not secure and very, very high. 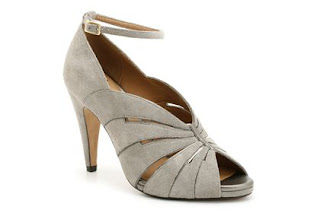 And the top pair wanted to cut my foot in half. Even in the shop where I wore them for about two minutes. So I said no to them. And that's what stated me thinking. Hey! I've had a though! What about being comfortable? 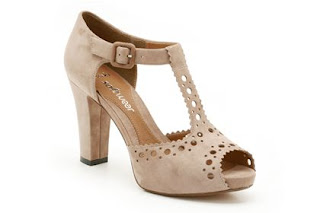 Revolutionary, I know. But how about it? Would it actually be possible to wear a pair of heels that didn't make you want to slice your own feet off? 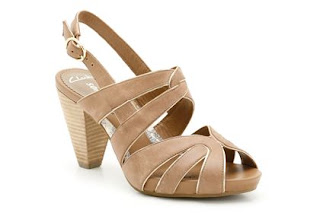 So, do you know what I did? I went to Clarks. Home of the comfortable shoe. And I found all these treasts. 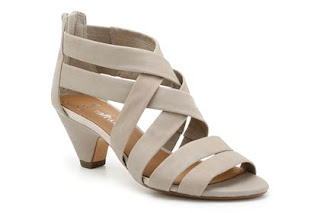 So, sure, they aren't Nicholas Kirkwoods, but they aren't hideous either. And can you imagine just how comfortable I would be in them. 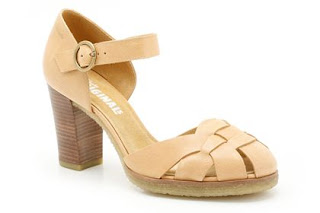 I could stand around and dance and be happy all evening. I won't even know myself. 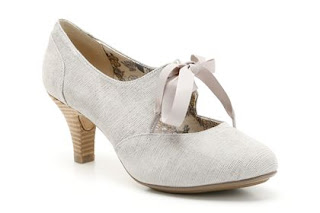 And I think what I might compromise in style I would more than make up for in enjoying myself because I wouldn't spend half the evening tottering around trying not to go over on an ankle. 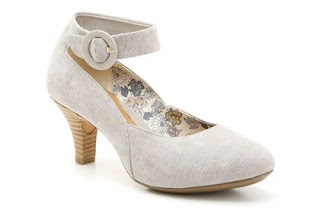 I know this isn't the sort of talk you expect from me, but, hell, I'm getting old, and having happy feet makes for a happy me. And who can argue with that?
Posted by Lucinda at 16:01