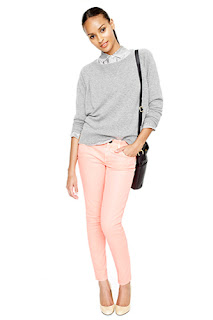 My ex used to wear grey hoodies. Pretty much all the time. I wasn't a fan. Well, some were better than others, but there was one that was really oversized and swallowed him up. I hated it. Really, really hated it. To the extent that I asked him not to wear it when I saw him. 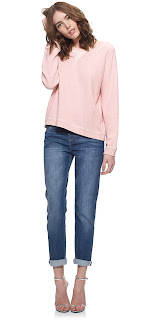 Does that make me a crazed fashion (ex)girlfriend? I've always tried to be careful not to be one of those women who tell their partner what to wear. Mostly because I don't want anyone to ever tell me what to wear, and so I wouldn't expect to do that to others. But I drew the line at this one particular item and I banned it. Fortunately he took it in good humour. 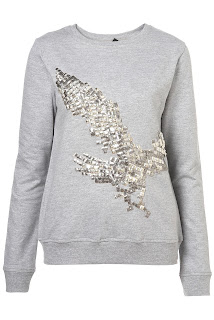 So it surprises me to learn that I am craving a sweatshirt. Not a hooded one, but a sweatshirt nontheless. I am not the super casual type so I'm always on the look out for something for the weekend. The J Crew at the top is super cute. And if those jeans weren't quite so skinny I would really like the look. Then the Whistles one is pink, so the association would be less acute. 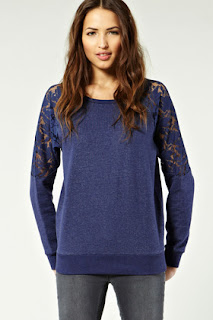 But could I really live with myself if I've been so critical of it before on someone else?
Posted by Lucinda at 16:30

If you look hot in one I'd learn to live with it doll face.

Now that's love, isn't it? Don't worry your pretty little head about it though, I think I'm already over the idea.