Kate In The Day

OK, this doesn't happen often, so you might want to savour the moment. I do not know what to think of this dress. And it isn't even that I am indifferent to it. In some pictures I hate it and in others I think it is charming. Maybe it is the combination of being a. quite dull and b. a bit too fleshy with the cut outs. And yet not particularly fleshy at the same time. More bony. Both Kate in this pic and Kate in this pic seem to have pectorals instead of breasts. And before you start shouting at me it is not the flatness that I object to, more that the chestal area looks overly muscled. Or is that just me? 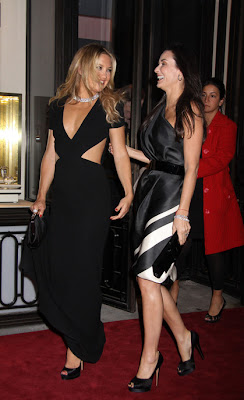 (Image via Go Fug Yourself)
Are Kate and Demi wearing the same shoes? Just a thought.
I tell you what I do know, though, I really hate the gold one. Is that gathering at the waist? Ick. The shoes look as though they might mean business, but I will leave the dress to you. I would even let you lean against me if you wanted. And I would never talk ad nauseum about the Butterscotch Stallion. 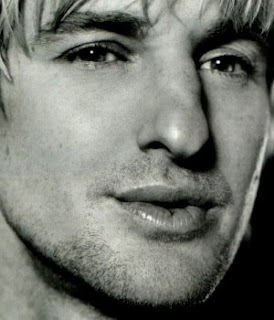 Liv looks like an Amazon, I do really love her. And Stella! You think she looks ok? Are you quite mad?? She looks like a character in a Jackie Collins novel for God's sake. No wonder she can't support her own head, her brain is clearly dribbling out of her ear. It reminds me of what Kylie wore on a talent show a while back. 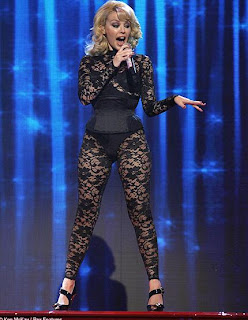 I hated that too.