Right. So. Last week I watched that film, whaddya call it. Damn it, I need to google it...hang on...Burn After Reading, that's it. Man! I love the God damn internet! Woo! Yeah!
So I watched that and I LOVED it. I even asked The Head if we could watch it again which caused him to tilt his head to one side like a little pooch. (He did not prick one ear up or wag his tail.) We didn't, I wasn't 100% serious, I mostly wanted to see the reaction I'd get. Which is an approach I might start applying to life in general akshully). 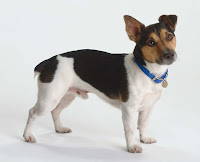 I'm taking an extraordinarily long time to say that I fell a bit in love with Tilda Swinton after seeing that film. And I get now how she can be forgiven turning up to so many events technically wearing costume rather than real live clothes. The woman is phenomenal. Well, I don't know HER but I mean she has rilly great skin and I like her voice a lot sooo...you know...PHENOMENAL! Anyway. For the first time I like what she is wearing. I'm not sure if it's because I like her voice or because I actually like her outfit, but who cares! Here it is: 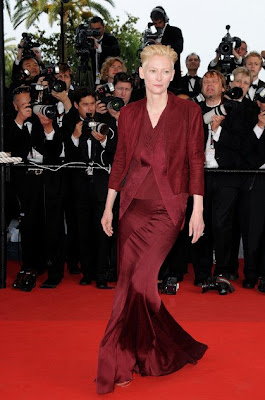 Nice. So now Rhianna has taken over the mantle as Fashion Contrary Mary extraordinaire. I mean, for the love of GOD! Just piling on loads of random items that don't look so great by themselves does not a trendsetter make. No. I am bored of it already. And I like her voice too so there really is nowhere for RhiRi and I to go from here. Gah! 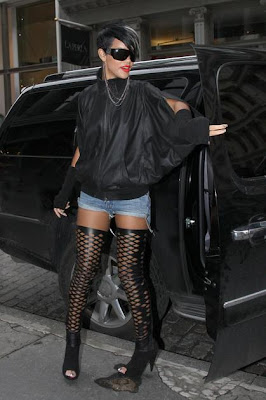 Labels: Cute but also Not Cute at the same time, Rhianna, Swinton, The Head