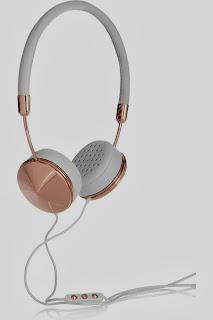 I fear I am at an age where if I try to wear certain things I will appear as if I am tragically trying to wrestle my youth from disappering through my fingers. While I am not ready to give up entirely on keeping up with that which is current there are limits.

And one of those limits is the big style of headphones. I am always slightly behind the curve on these things. When everyone else decided that ear buds where the only thing to be seen in while listening to your music (still on a Walkman in my case. Like I said, slightly behind the curve) I was still very happy with my headphones. Now of course, as is evidently the way of the world, ear buds are, like, so over and unwieldy great earmuff type headphones are all the rage. Oh my gosh, I actually just turned into my parents as I typed that. Shudder,

Fashion tart that I am of course I have a certain leaning towards keeping in with things. I don't want to be totally out of the loop. Until now though, I hadn't seen a pair of big headphones that wouldn't make me want to die of embarrasment for feeling like I was trying too hard. So thank you to Frends for this incredible white leather and rose gold metallic pair that are quite possibly the most beautiful pair I have ever seen.

Keeping my hand in while also looking chic and elegant. I'll have some of that. 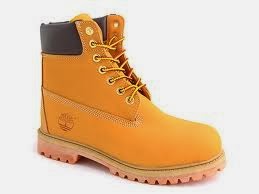 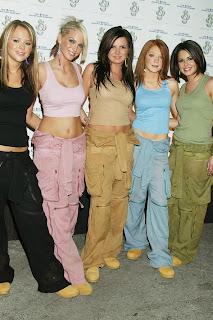 Or, god help me, this

And truly the best case scenario would be this. You know, grudgingly kind of cool, but definitely not for me. 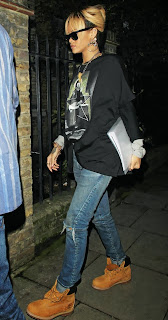 But then I deeply appreciated a pair of boots worn by my lovely friend Helen Burnett  and blow me down with a feather if they weren't Timberlands.

Definitely, definitely desirable. Who would have thunk it? 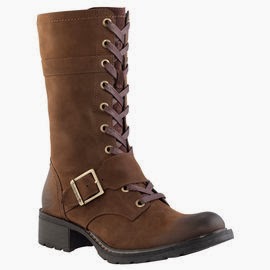 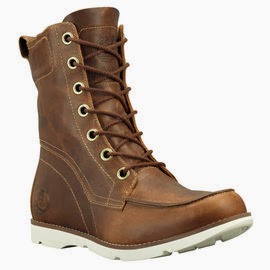 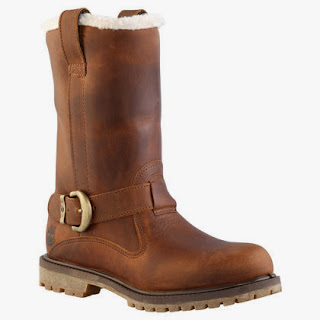 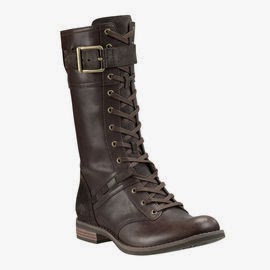 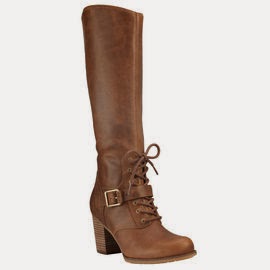 (Images via Timberland)
Posted by Lucinda at 13:16 No comments:

Labels: Cute and Not Cute in one all encompassing post, Girls Aloud, Rhianna, Timberland, Winter Boots 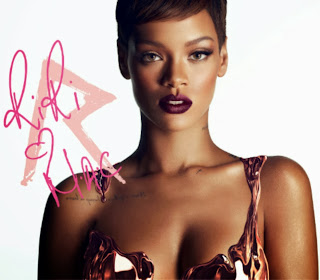 I do like Rhianna and her ever changing look. Sometimes, though, I get distracted from her lovely face by all the drama. I am very pleased to be reminded of just how very pretty she is by her campaign for Mac.
Posted by Lucinda at 13:04 No comments:

It's a Dirty Job, But Somebody's Got To Do It 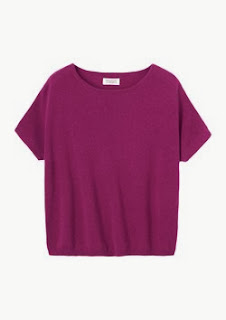 Why oh why do you have to see beautiful things at the wrong time? I have an interview tomorrow and had planned to wear something (gasp!) that I already own. Of course I had a panic about it and a furious urge to buy something new, so I had a quick shifty around the shops this evening. I didn't find anything I liked more for the interview than what I already have, but I did spy this.

Toast is an interesting shop, some of their cuts and patterns are just not me at all but there are a couple of pieces in every collection that I would sell my first born for.

I rather suspect I have found said item for this season. This skirt is so incredibly beautiful there are no words. They had styled in with the cashmere top above, which is a bold move. And a bold move I rather like. Logic and common sense would dictate playing things down by pairing such a statement skirt with something less showy, like black. But not Toast, love 'em, they've gone all the way with plum? magenta? What would you call it? Other than heaven, that is. Let's not muck about. The combination was enough to stop me in my tracks and I fear that I will have to own both pieces come what may.

Just as I was starting to think that my patterned days were behind me in deference to a more muted, minimal wardrobe POW! this happened. I have to say, I don't mind a bit. 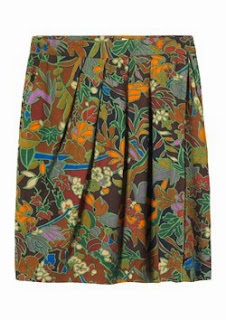 (Images via Toast)
Posted by Lucinda at 20:42 No comments: 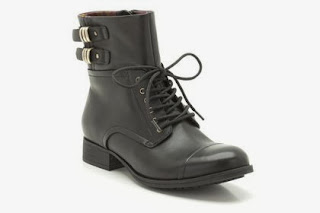 Oh, I know, here I go banging on about my boot obsession again. And yes, I'm afraid you are quite right.

My lovely friend and loyal CONC reader Kirsty drew my attention to the pair of Clarks boots below and I have to say I really love them. 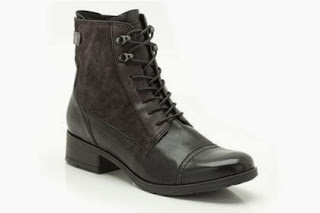 It is funny how you can go from fairly indifferent to rabidly excited at the click of a mouse, but it has now made me think of little other than lace up boots. In a fashion sense, at least. There are one or two other thoughts drifting around between the ears once in a while.

I was just reading an article about how the Steampunk look is forecast to become a major trend and I can definitely see the link with these be-laced boots. I had a pair of lace up boots when I was at school that had a distinctly Victorian school ma'am air about them. Boy do I wish that I had foreseen this moment and hung on to them because they are just what I want now.

I suppose that what they say is true, if you wait around long enough everything comes back into fashion. But if I hung onto everything I ever bought just in case I rather suspect my house would look like one of those lived in by an extreme hoarder. Or even more like one... and that just wouldn't do. 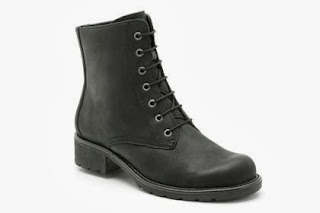 (Images via Clarks)
Posted by Lucinda at 20:23 No comments: