Janelle of a Girl 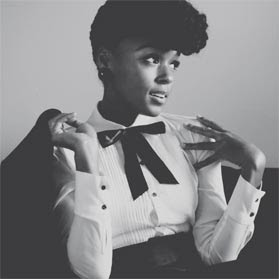 Janelle Monae has to be one of the coolest girls on the planet right now. 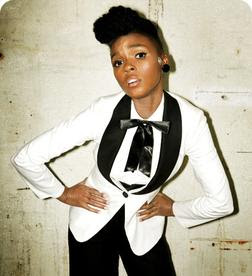 Did you see her at Glastonbury? 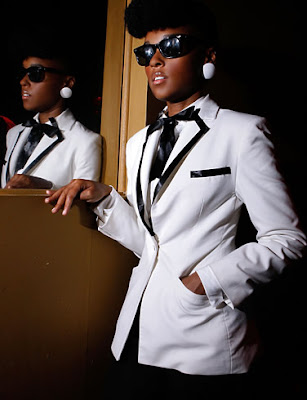 The styling. The monochrome. The androgyny. 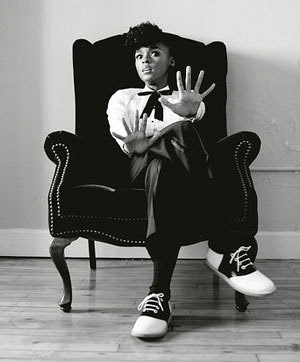 The dancing. The pompadour. 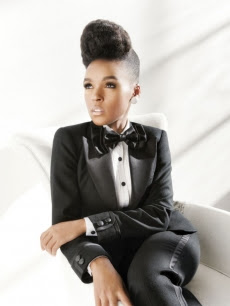 Harrods clearly have their eye on her. Because they've used the image below to sell the androgynous thing this season. Which looks like a direct tribute to Janelle above.