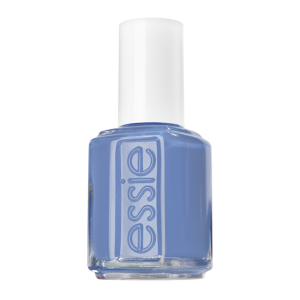 That's the name of this nail polish. Who can resist a pun-titled product? I'm a sucker for 'em. It is also the colour that I am sporting on my nails. Pretty isn't it? But definitely fashion forward, ie. scary.

I think I did well with the outfit on my date. Approachable but feminine and attractive. But once the conversation got going and I started to gesticulate wildly (I can get a bit animated once I'm nattering away and in my element) I realised that the poor man was following my fingers with each flail, a look of increasing horror on his face. I had the feeling I had lost his full attention. Or at least my face and voice had. He was staring, staring, staring at my nails, and not in a happy way.

Not one to avoid an awkward situation I cooed "Oh, are you looking at my nails? Aren't they silly?" to which he responded in a slightly traumatised way "they're very - blue." Quite. 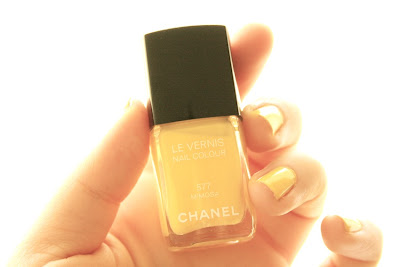 All I could think was at least I hadn't gone for Chanel's Mimosa which I received for my birthday, because I think that might have really scared him. Poor lamb.
Posted by Lucinda at 11:31