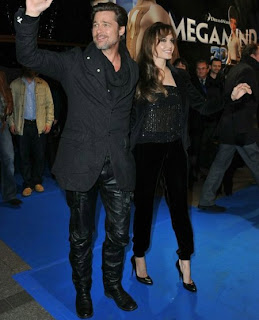 When it comes to fashion I've got a big mouth. I says it likes I sees it. I've got pretty strong opinions and I'm not afraid to show them. 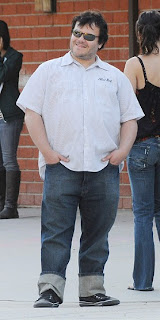 But I have to admit that when it comes to men's clothes I am less sure. Some guys look great in a suit, some in jeans and a t shirt. It is not a cut and dried thing. Generally I would go for preppy and classic over trendy. 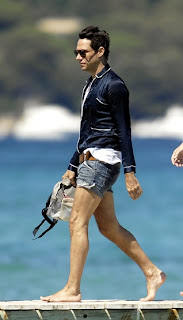 But I do know what I hate. And I will be very, very vocal about it.

The Telegraph have neatly and amusingly pulled together these dreaded items:
20 things women hate about men's wardrobes 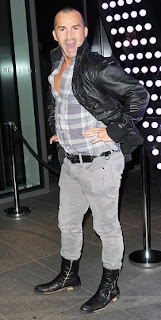 Some of them are my real pet hates: jeans tucked into boots, short sleeve shirts, jewellery, low cut t shirts. 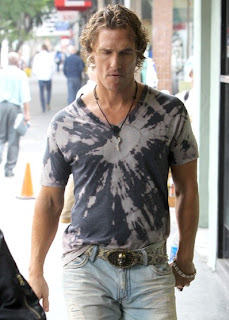 Some are surely everyone's pet hates: shiny suits, no?

Some are weirdly specific: denim hot pants, anything worn by Matthew McConnaghy... 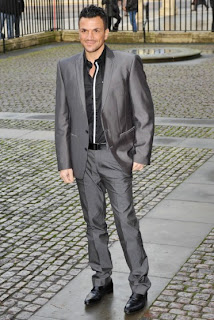 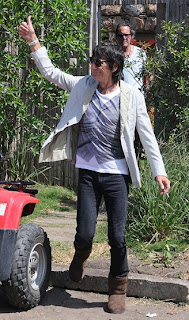 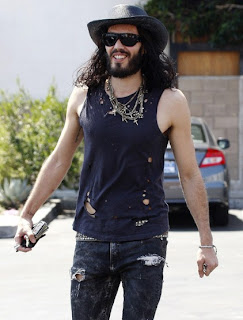 And some I actually just don't mind too much. OK, sure, not too many men can carry off the double earring, but my good friend Patrick rocks it and Mr Day Lewis here is definitely not being beaten. But maybe they are merely the exceptions that prove the rule because I can't actually think of any other example of a man in a jewell that doesn't turn my stomach. So, ignore me. 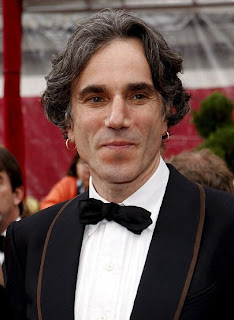 And who can ignore the Fassbender? Such an adonis. And in a flip flop. This doesn't offend me. Obviously, when it comes to a flip flop a serious amount of care needs to be taken to remove any crud from the foot before it is revealed to the world, but as long as that it done and the foot isn't

then I'm all for the flip flop. Far better than a stinky rancid trainer in the summer. As long as it isn't paired with cropped cargo pants. Obviously. Because they are unforgivable. And that I know without a shadow of a doubt. 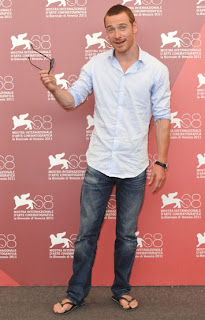 (Image via Telegraph)
Posted by Lucinda at 14:04