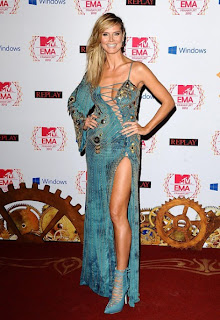 I don't want to come across as being a jealous meanie, even though I am terribly jealous, of course, of these heavenly bodies, but shouldn't it be really tough for such beautiful women to look so terrible? 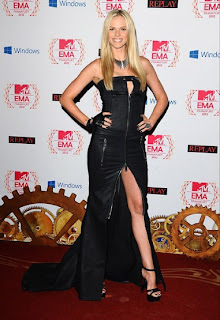 Three models at the MTV EMA's and three of the ugliest dresses in the world. Or at least two ugly frocks and one seriously ugly super hero ensemble. Poor Isabeli Fontana. 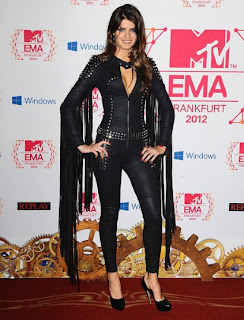 It just doesn't seem right for these beautiful women to be so ill served by their clothes. But I suppose they chose to wear them so on their heads be it quite frankly.